Across the young volcano

Across the young volcano

We will walk through pine forests and discover the most recent volcanic episodes on the island, until we reach one of the youngest volcanoes on Gran Canaria, from where we will enjoy a unique landscape full of contrasts.
We will start our journey from "Monte Pavón", a recreation area located in the heights of the municipality of Santa María de Guía, from where we will make a 600-metre ascent along the main road, until we reach the path in the Lomo del Palo, a ridge named after an ancient tree that was widely used on the island because of the quality of its wood. The path there will take us to the cross known as Cruz de Galeote. From there, we will continue our way up along a path through the pine trees of Los Pinos de Gáldar, a natural area of great value where we will find some specimens of centenary pine trees. The path will take us to a huge volcanic crater known as La Caldera de Pinos de Gáldar. There, we will find a viewpoint with a magnificent panoramic view of the north and west of Gran Canaria.
Book your trail

Link
From the caldera, which is one of the most recent formations on the island, we will continue our journey towards the Montañón Negro Natural Monument, one of the youngest volcanoes in Gran Canaria and one of the most representative and well-preserved geomorphological structures of the island volcanic activity.
We will go around the big black mountain known as the Montañón Negro and enter a forest track that will take us to the Casa Rural Maria Luisa, a rural guest house in the municipality of Moya, located in stunning natural surroundings.
This charming rural guest house is located in the Finca Ecológica Montañón Negro, an ecological property in a protected natural environment of great ecological and geological value.
In this unique environment, we will be able to taste some of the local products and dishes.

Due to the current situation caused by the SARS-CoV-2 coronavirus, we at Gran Canaria Natural & Active, the association responsible for organising the 'Gran Canaria Walking Festival' have been forced to cancel the food tastings we had planned at the end of each route in the stated tourist establishments, so as to comply with current regulations banning social gatherings and celebrations of more than 10 people.
However, the organisation will still offer all participants a snack-type lunch every day of the event during each of our routes.

The route has a cumulative elevation gain of 730, so it is recommended to take plenty of water to tackle this climb. Its difficulty level is manageable, but the climb goes on for several kilometres.
The path runs through areas of volcanic ash known as picón and some stretches of loose soil and gravel, so it is important to wear appropriate footwear. Hiking poles can be of great help for uphill sections. This route is suitable for people over 16 years old. 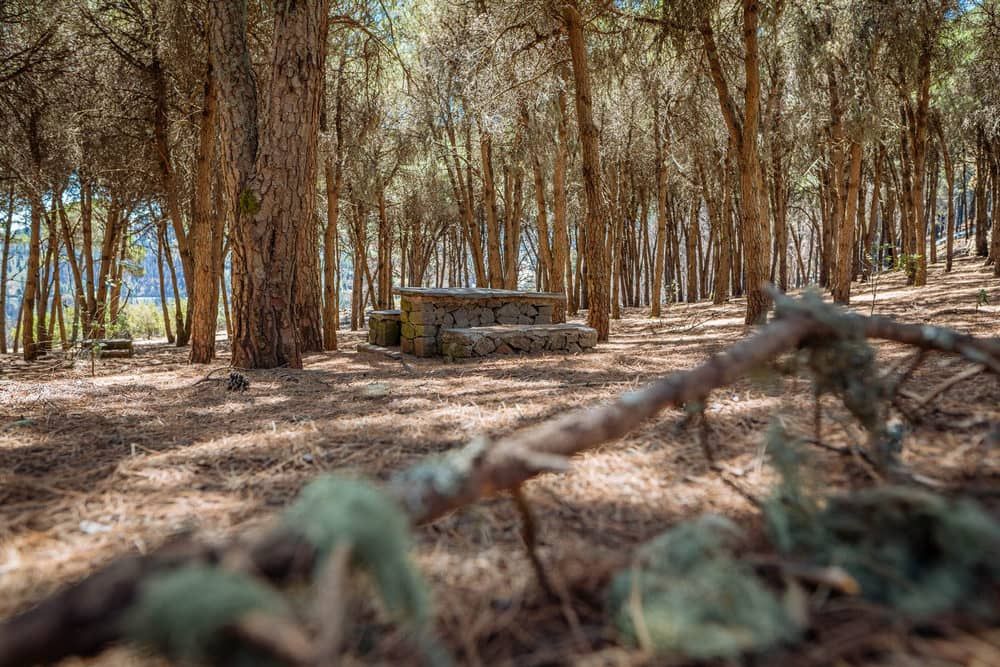 This recreation area is located in Monte Pavón, an area known for being used for livestock raising, an activity that has been practiced in the area for several centuries and is still going on today.
LOMO DEL PALO 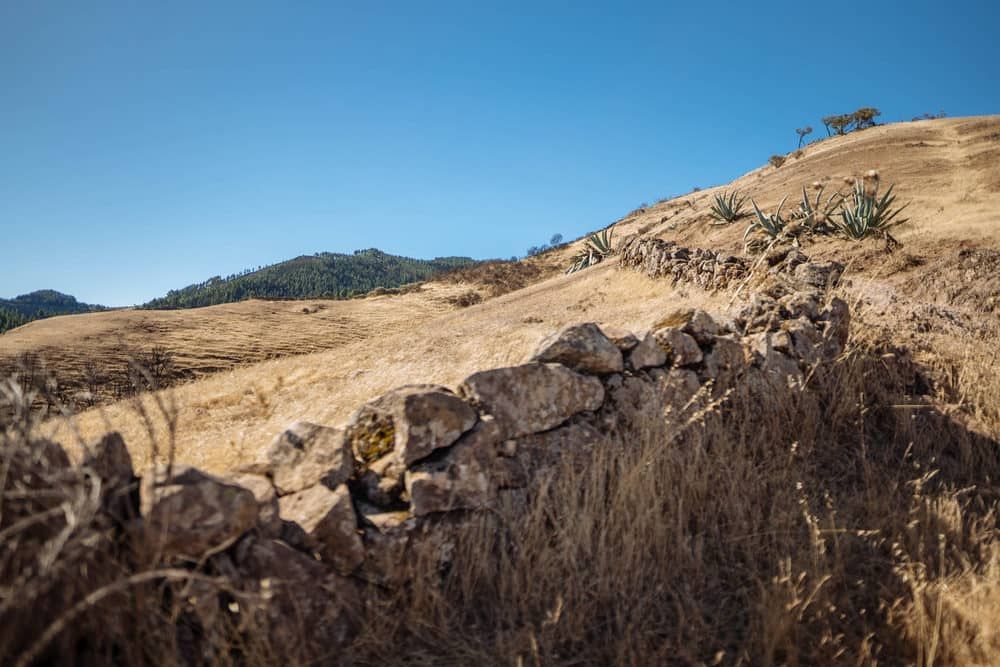 This ridge forms a dividing line between the municipalities of Gáldar and Santa María de Guía, located between Monte Pavón and La Caldereta, very close to the Monte Pavón recreation area. This place is named after the tree that once covered this area, the Picconia excelsa, locally known as Palo Blanco, which was widely used in Gran Canaria to make agricultural tools and implements because of the hardness of its wood.
CALDERA DE LOS PINOS 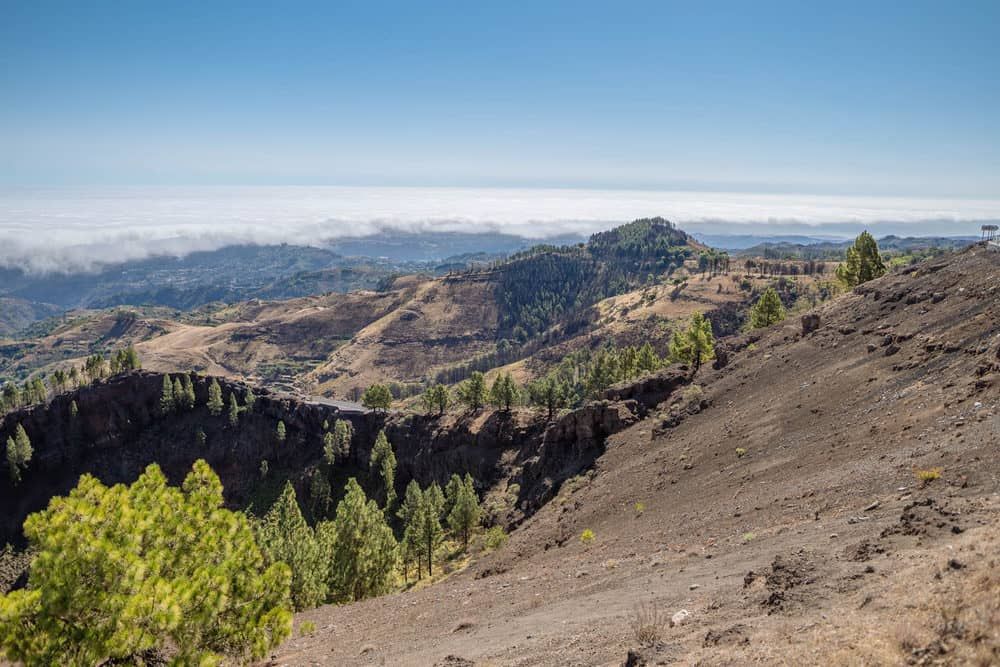 The Caldera de los Pinos, also known as the Caldera de los Pinos de Gáldar is located at an altitude of 1350 metres above sea level. Inside this volcanic depression formed by a major eruption, the Canary Island pine predominates, and we can find some centenary specimens of this tree in the area.
MONTAÑÓN NEGRO 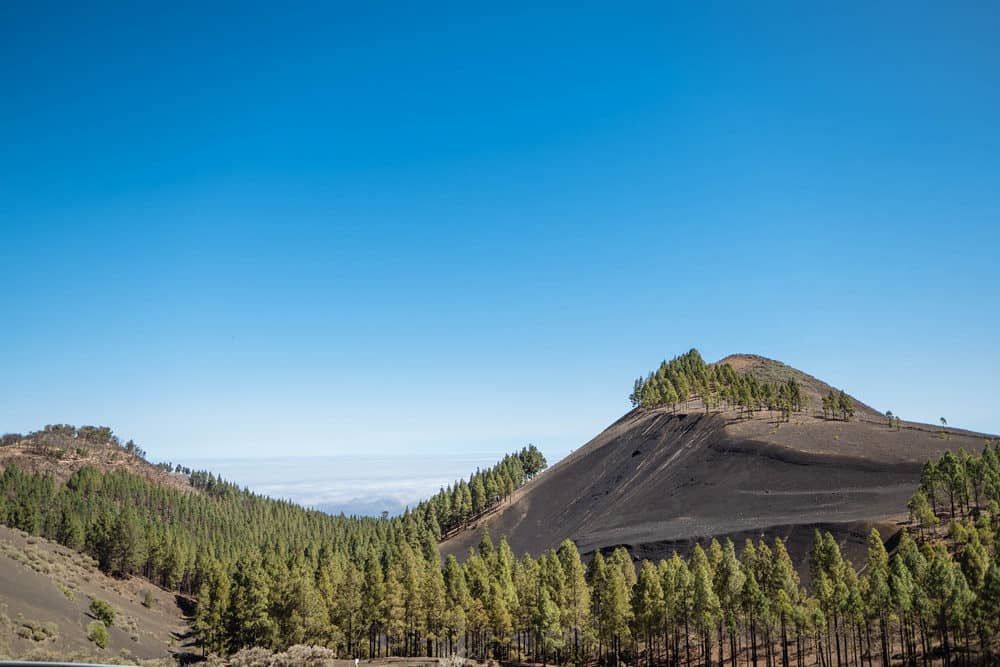 Montañón Negro is a natural monument located in the area near the caldera of Gáldar. This volcano recorded one of the youngest volcanic eruptions on the island of Gran Canaria, which is why we can still clearly see its shape thanks to its good state of conservation. Its dark colours from the pyroclastic rocks (known as picón) and the lava flows of this area (known as malpaís) are its most distinctive features.

book your trail
Enjoy your experience to the fullest thanks to the free app specifically created for our Gran Canaria Walking Festival. 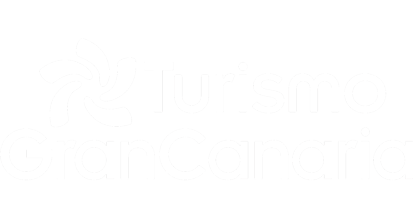