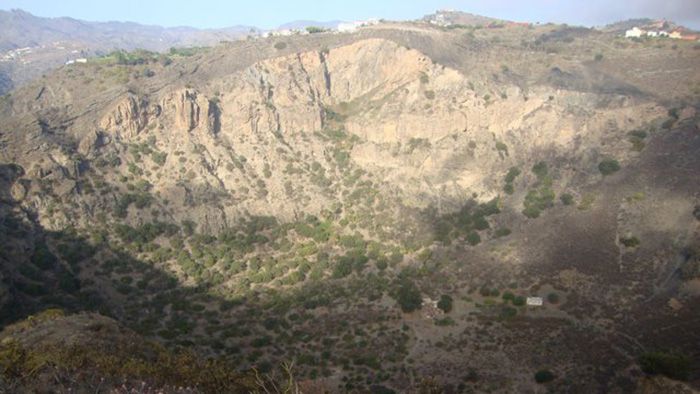 La Caldera de Bandama is one of the most important elements of the volcano island of Gran Canaria. It is composed of two geological structures, El Pico and La Caldera. Made by the nature 5,000 years ago, it’s the result of a violent volcanic eruption which, first, formed a large cone and then collapsed and sank on its empty hole of magma.

La Caldera is the main object of the visit which presents a depression, very similar to a cauldron, about 900 meters in diameter and about 250 feet deep. Located 574 meters above sea level and is one of the largest boiler explosion in the Canaries.

It is listed as Protected Natural Area in the category of Natural Monument and declared Point of Geological Interest by the Technological Institute of Spain.

Inside the Caldera, a Flemish merchant named Daniel Van Damme, planted grape in the sixteenth century, for this reason is called Bandama.

There is an archaeological site on the north wall of the caldera, called "Cueva de los Canarios", is one of the most unique sites of Gran Canaria. This is a group of room caves and a collective barn. It’s a large silo, used by the canary ancients as a food store.