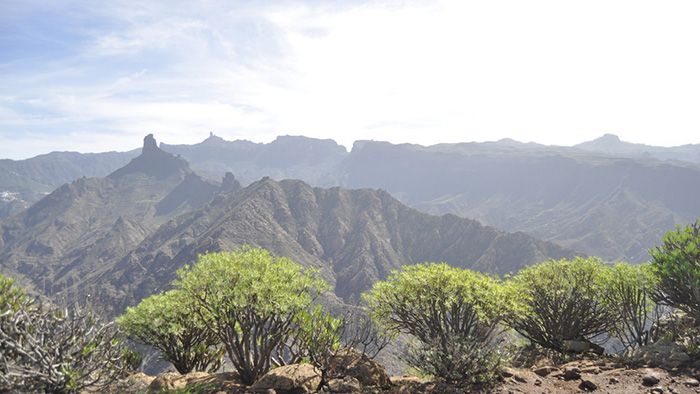 This route boasts a spectacular volcanic landscape, showing a very rough terrain due to the million years erosion.  It has made the rock with different with unique forms and has been used as symbol by the local people.

The way continues to the region of Acusa, located in the town of Artenara, where its natural riches are shown, being one of the most important heritage of Gran Canaria, including its archaeological and cultural patrimonial assets.

The region of Artenara has preserved a singular ethnographic heritage along the history, where predominate the unique scenery of cave houses. These caves  used by the ancient population of the island, were exp`loited and adapted by the new population after the conquest. Artenara is set by almost 400 caves of 2.192 which are in the island. Gran Canaria is the only one which still uses them as rooms.