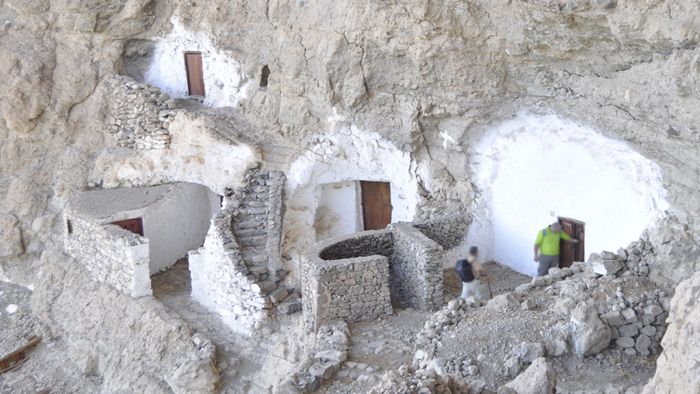 The Tamadaba massif is about 4 to 5 million years ago. Located in the northwest, it is undoubtedly one of the most biologically natural areas and a magnificent landscape of our island.

The northwestern slopes are steep, with cliffs that rise to an altitude of up to 1440 meters above sea level. This place is protected by the Canary Natural Spaces regulation since 1987, as Tamadaba’s Natural Park, covering 17% of the protected area of ​​Gran Canaria.

Today it is the greatest rural park  in the Canaries, which was declared Biosphere Reserve in 2005 by UNESCO.

Part of the area that crosses our path is within the ramge of the Nublo Rural Park. The beginning of the route includes a large number of caves, some produced by erosion and others by hand. A lot of them were inhabited by aboriginals before the conquest, used as housing by farmers in the area later. Many of them are still in use today.

One of the oldest and most conserved pine forest in the Canaries is in this island. This environment is essential to the life of endemic birds such as the great spotted woodpecker and the blue chaffinch.  Also Tamadaba home to most of the birds present in Gran Canaria, hawks, kestrels, peregrine falcon, hoods, alpispas, crows etc.

Walking among the pine trees, close to the cliffs and fascinating views is hard to forget.