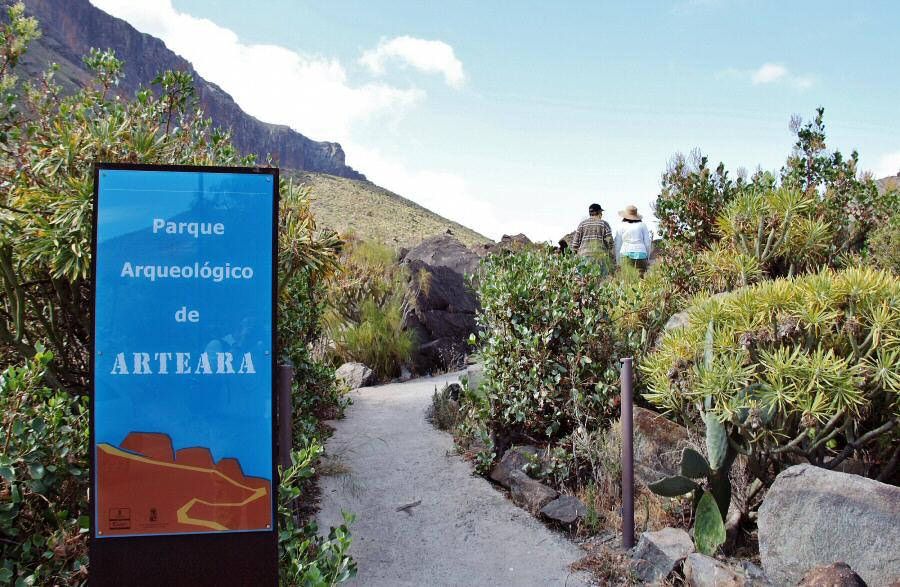 The Arteara Necropolis is the largest aboriginal cemetery of its kind on the island, both in terms of size and number of burial mounds there. It occupies an area of 137,570 m2 and houses 809 tomb structures, with both individual and collective burial mounds.

It is located on a malpaís, an arid, rocky area caused by the pile up of phonolite volcanic rock following an avalanch. Arteara has also been a centre for astronomical studies, revealing just what an extensive knowledge the Ancient Canarians must have had about the stars, to such an extent that they built the “King’s Tomb” in such a strategic place that the sun lit it up right on the day of the equinox.

It is located next to the tiny village of Arteara, on a site which contrasts a green palm grove with a rugged rocky terrain, making for a truly beautiful spot. From the necropolis visitors can also make out the amazing cliffs of Amurga whose steep walls rise up to over 1,000m altitude, at the spot where on days of the equinox the early morning sun will light up the “King’s Tomb”.

A Visitors Centre and a tour around the Necropolis will reveal all about the life and death of the Ancient Canarians.