Gran Canaria Natural & Active, the association which organizes the Gran Canaria Walking Festival, concluded a succesful fifth edition of the event, with the feeling of satisfaction of the hikers who participated in the festival. 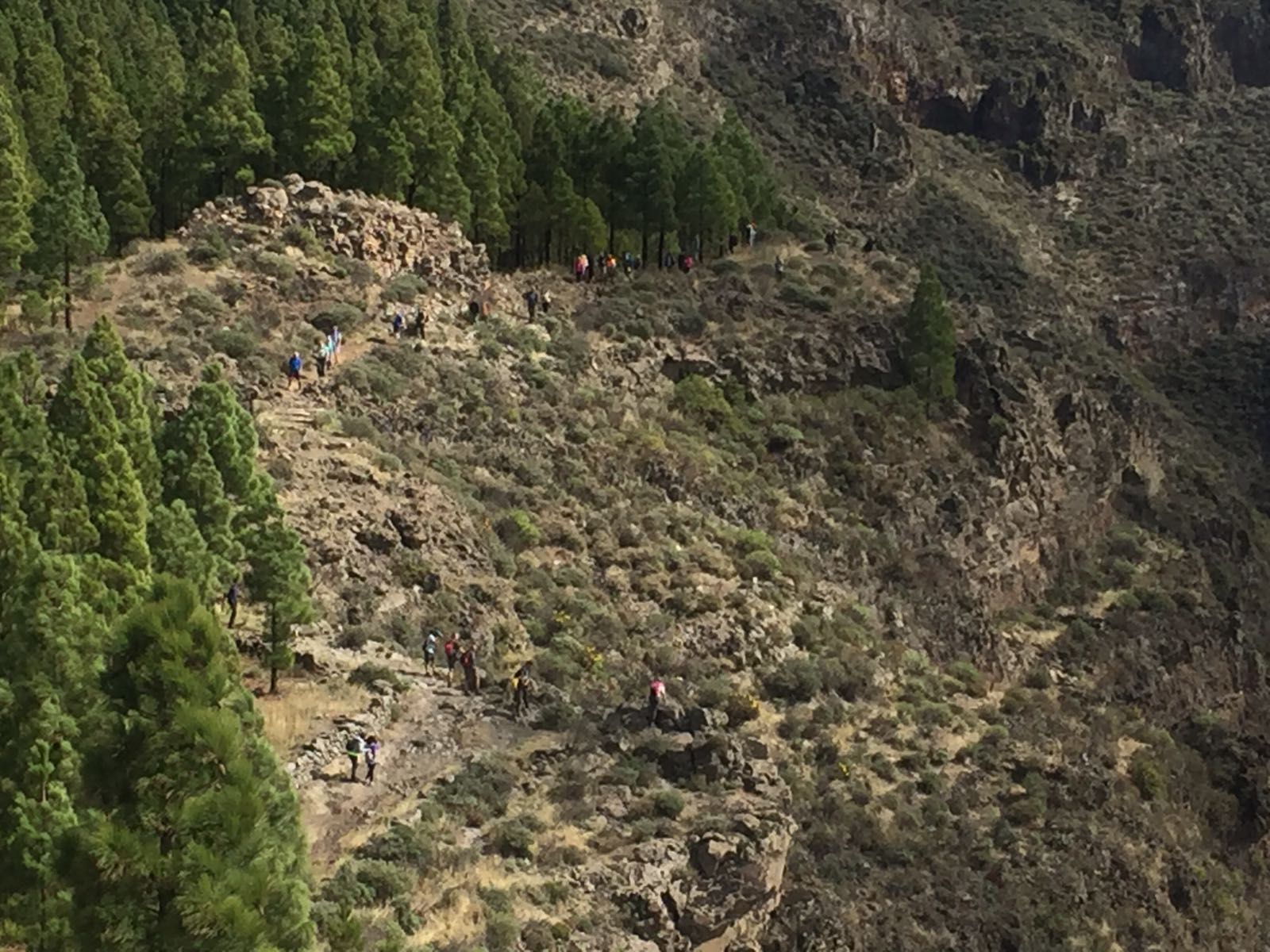 The event had beated all its participation records, with a 68% of the 800 entrants being non-residents in Gran Canaria. The hikers, who came from 24 different countries, enjoyed a wonderful week with a great weather which was present in every single route of the festival: the Centenary of Teror Spring Water Route, the Aboriginal Route, the Laurisilva Route, the Astronomic Route, the Artevigua Route and the Summit Route, which had a slight rainfall.
The stars played an important role this Saturday night. The Astronomic Route was guided by Francisco Rodríguez Ramírez, manager of Astroeduca, who showed the Summer Triangle to the hikers, formed by Altair, Deneb and Vega, which can still be seen in the autumn’s sky. With some specialised telescopes, the Andromeda galaxy could be perfectly distinguished in the firmament. 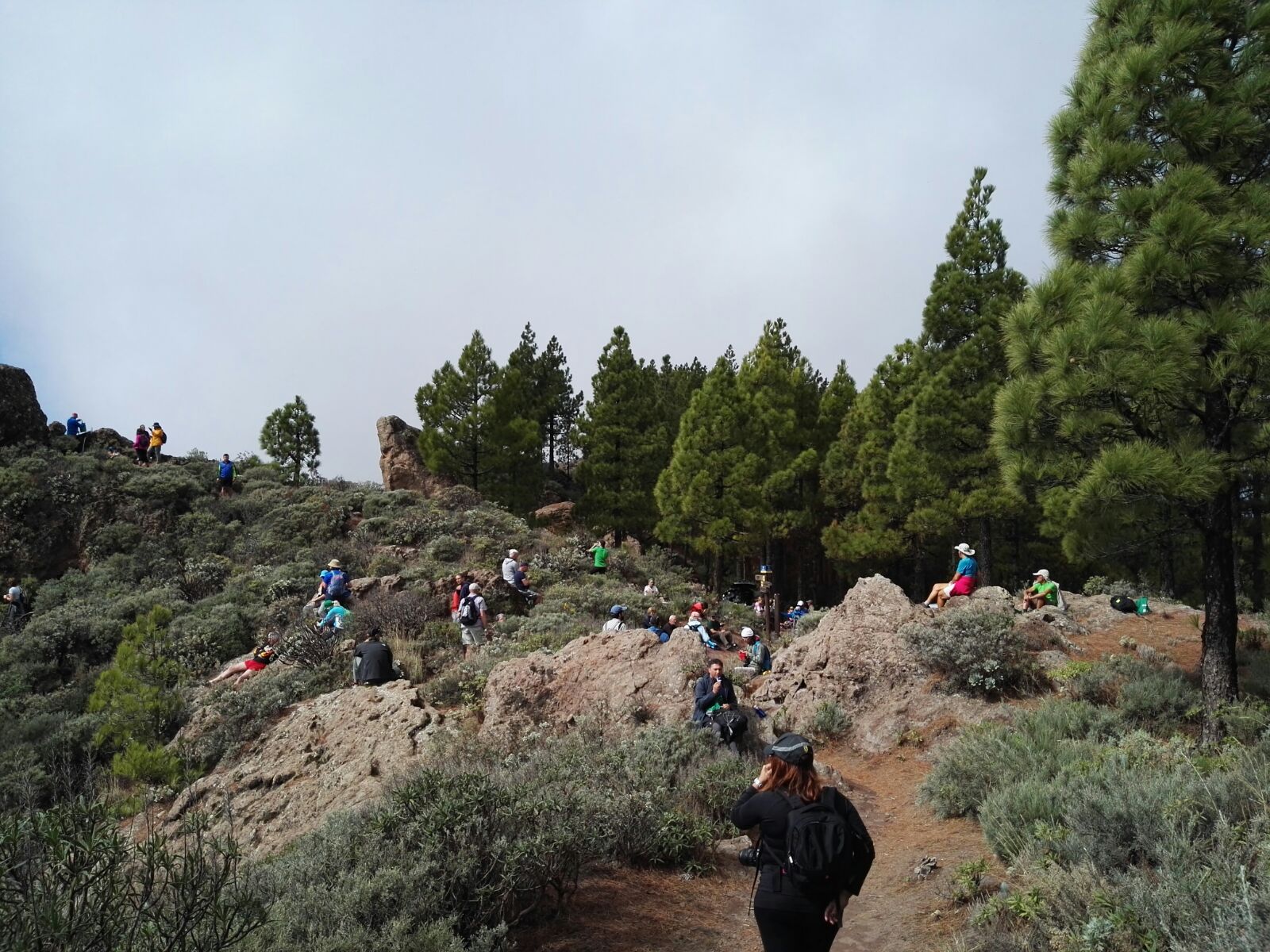 The Gran Canaria Summit Route, which ended the fifth edition of the Gran Canaria Walking Festival, had more than 150 hikers, who participated in the round trip which starter in El Garañón and ascended to the highest peak of the island, el Pico de las Nieves.
A geologic hiking conference took place before the route in El Garañón. Luna Adrados, a geology expert, was this edition’s ambassador, and was the person in charge of explaining the details of the island’s formation and its orographical characteristics, highlighting that “Gran Canaria has amazing geological resources”. Adrados participated in the six routes of the event, sharing her knowledge and experiences with the rest of the participants. So did Lis Nielsen, president of the European Hiking Association, who also enjoyed the whole schedule of the event.
A big party closed the event for all the participants, who had a great time with the folkloric band Parranda de Tenoya and with a typical meal from the Canary Islands in El Garañón. 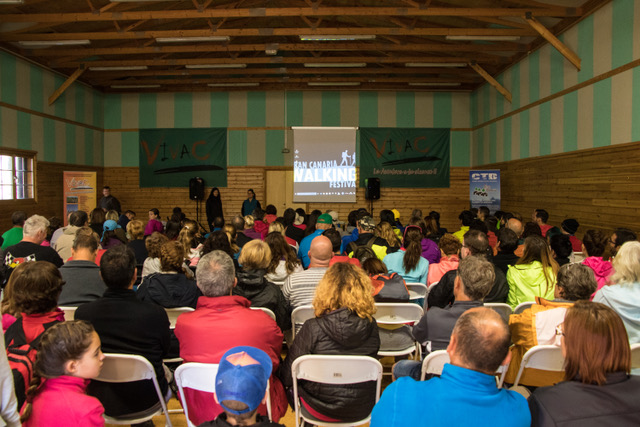