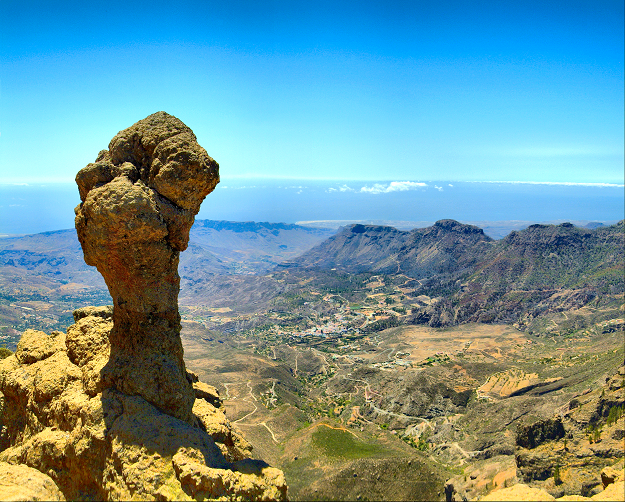 It has always been a meeting point for muleteers and pilgrims, since it is a main location where all paths from the Massif Central to the North Coast converge. Although its antiquity cannot be assured, it was probably first modelled around the XVIIth century. This first cross is said to be a Franciscan Monks work, but in 1960 a big change in Tejeda’s cross took place when the wooden cross was replaced by a larger stone carved icon. The item includes a Christ shaped in the Byzantine style and has two death symbols at his feet: a skull and bones.

The hard weather conditions at Degollada de la Cruz together with the stone’s own porosity deteriorated the cross so badly that it collapsed in the morning of December 26th 1970. The repair works were assigned to Santiago Santa, one of the carvers that had already modelled the previous one. He stuck to the original design, but used a more solid stone to carve it. However, several changes were made, among which the most important one was its 60º rotation facing the Almagría mountain