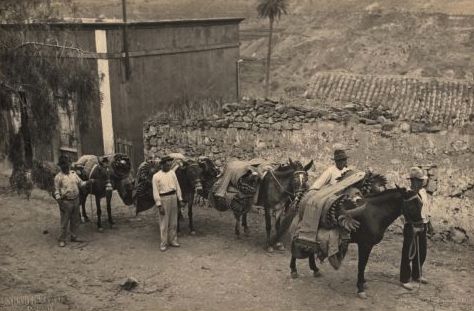 The Cheese Route can be defined as part of a pedestrian communication axis that runs through the highest territories in Gran Canaria and links the Massif Central and the towns surrounding Tirajana with the villages of Gáldar and Guía, on the other end of the island. It was mainly used by muleteers and, to a lesser extent, by farmers who transported their production on the backs of their animals in order to sell it in different villages. Also on the way back, they used to carry processed goods from those villages that were better communicated with the outside, among them, potatoes and seed for sowing.