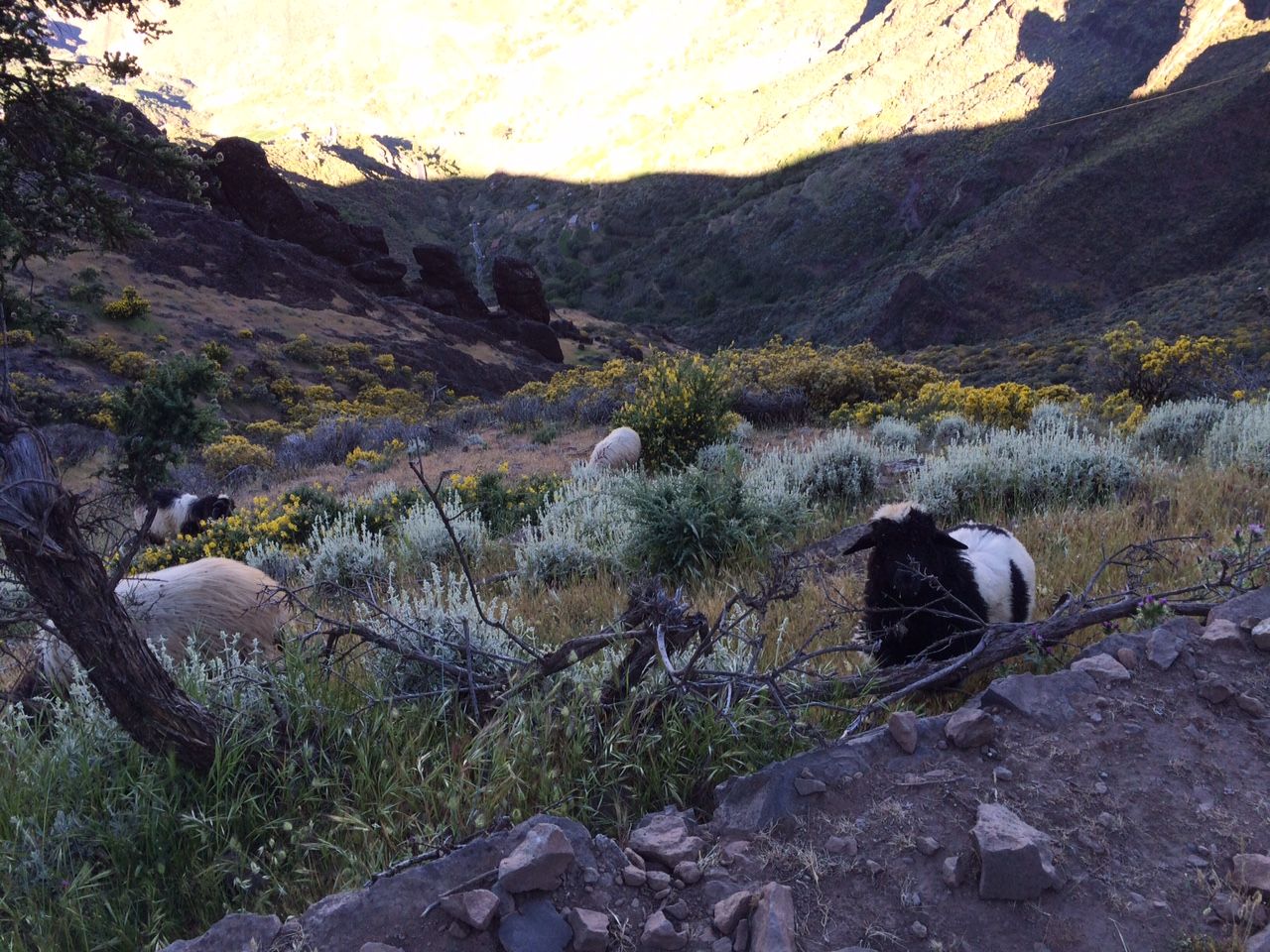 On the other hand, this route runs along the famous Camino de la Plata, The Silver Way, (Gáldar – Moriscos – Cruz de Tejeda – Llanos de La Pez), which links the sea and the Massif Central and used to be a vital  transhumance axis for the “Mesta Chica” (transhumance in midlands). These paths, also called cattle tracks, are part of the so called North-Peak corridor. They also linked the Royal City of Santiago de los Caballeros de Gáldar with Santiago de Tunte and both St. James’ Centres, so pilgrims used to walk them. Nowadays, the Santiago Way in Gran Canaria has been rehabilitated and marked.

The landscape shows evidence of human activity: cattle raising with its pasture, walls, stables and folds; and agriculture on the lower lands. Sheep flocks still remain in these areas and they can be seen until pasture get exhausted by in the early summer. Shepherds still use the route to lead their sheep into Tejeda Caldera, where they remain for a long time in temporary occupation caves.