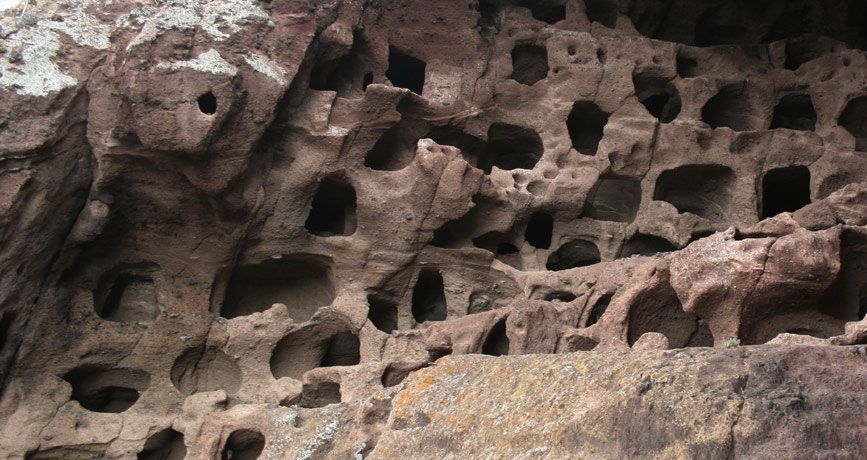 This is a superb aboriginal grain collection store, in a settlement located up on a high escarpment at Montaña del Gallego. It was built by the ancient Canarians over 800 years ago, making full use of the geological conditions at the volcanic cone. With the help of flint stones they opened up over 350 cavities laid out on several levels, which were used for the storage of cereals and other foodstuffs.

The strategic nature of its location made it an authentic natural fortress, unnoticeable from the outside and set within a near vertical mountain wall.

The term "cenobio" (meaning monastery), adhered to the false idea of the silos or chambers being convent rooms in which the young noble classes were imprisoned until they were of age to be married, under the watchful eye of the adolescent harimaguadas girls and female priests, who were highly influential in social and religious circles. This theory has now been completely ruled out.

The vision itself of the grain caverns and the awe-inspiring ravines that surround them will leave a long lasting picture in the memory of all who visit them. Visitors can learn all about the Ancient Canarians during their guided tour around the information boards, scale models and life-size recreations all along the route.